The church dates back to the early 15th century, when the structure was significantly rebuilt.  Origins of the church date back to the 13th century, but nothing remains of that structure.  The church today comprises Nave, Chancel, West Tower, North Porch (late 15th century) and South Vestry – the latter being added during the restoration of 1885 (Architect, Ewan Christian, RIBA President).  The church is in the Perpendicular architectural style.  Roofs are covered with stone “slates”.

The inside and outside walls have many inscribed graffiti images – some perhaps dating from soon after the building’s construction.  The highest concentration of images is inside the porch.  The graffiti was digitally recorded by the Wiltshire Medieval Graffiti Survey in 2019.  Their report can be viewed at https://hcommons.org/docs/st-mary-the-virgin-calstone-wellington-wiltshire-historical-graffiti-apotropaic-motifs/

The floors, pews, pulpit, priest’s desk, altar and rail in the Chancel and Nave remain from the 1885 restoration or before, except that the pews in the Tower have disappeared, as has the wall seat to the east of the priest’s desk.  A space heater was installed in the Tower in the 1960s.  The Allen digital organ was installed in 2017 and we can find no evidence that there was ever a pipe organ in this church.  There are three bells in the Tower, hung for full-circle ringing – two cast by John Taylor of Loughborough in 1885 and one cast by John Wallis in 1603.

The reredos or altar back dates from 1922 while the aumbury doors (next to the altar) date from the 1990s.  The altar has been constructed from reclaimed timbers from the old Chancel roof, which was replaced during the 19th century restoration works. Also, during this period, the upper section of the Tower was rebuilt.  The roofs over the Nave and the Porch retain their original trusses and rafters but the ceiling panels are much later.  Vault coverings in the Nave floor are dedicated to the Michell family and dated between 1637 and 1817.  The East Window is from 1889 but one of the south windows of the Chancel contains fragments of medieval glass.  In the Nave, up until 1885, there was a gallery with staircase in front of the Tower and up until the reign of Queen Elizabeth I, there was a rood loft (galley) across the front of the Chancel arch.  Only outlines of the blocked-up doorways to the outside stairs are now visible beside the pulpit (moved from the south side in 1885).  The Royal Coat of Arms painted on the wall over the Chancel arch are those of Queen Anne and bear the date 1707, but they were altered (crudely) to those of George II in 1740 – restoration work was carried out on 2009.  The Nave walls were plastered but this was removed in the early 20th century.  The stone font dates from about 1740.

This has been described as “probably the most beautiful of England’s churchyards”*.  The earliest graves are unmarked but there are some fine Georgian memorials. The most important is the late 18th century Grade II listed Hughes monument in the form of a chest tomb just to the north of the Nave.  Above this there is an interesting Regency memorial plaque on the outside north wall of the Nave commemorating a stage coachman of the Rogers family – “While passengers of every Age /With care I (drove) from stage to stage,/Death’s sable (hearse) passed by unseen/ And stop’d the course of my machine.”

* A comment by the film director Professor Christopher Miles. 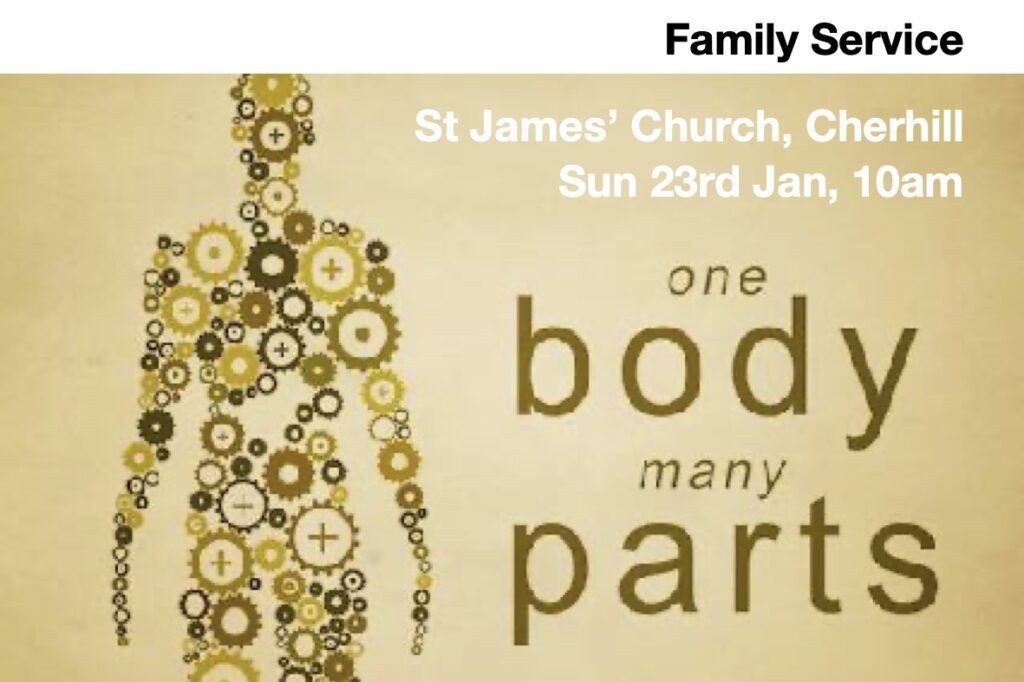 Today and tomorrow across the Benefice